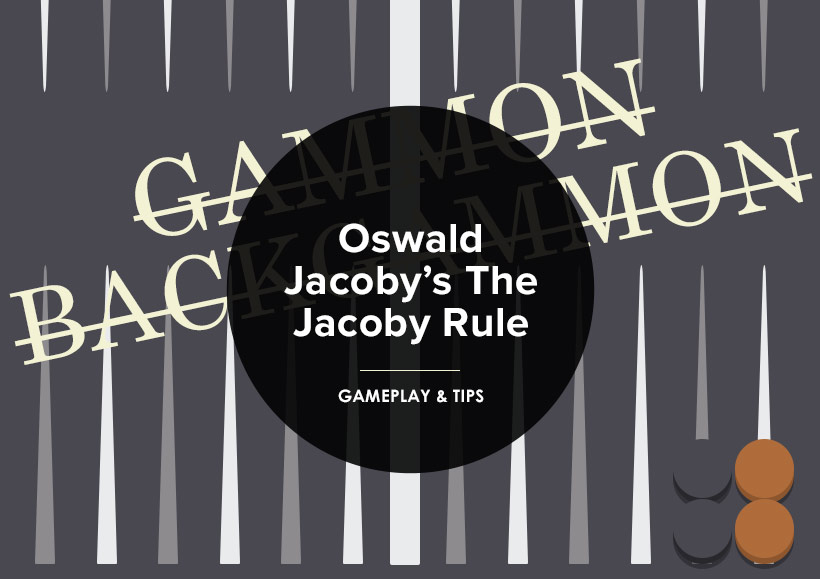 What is Jacoby rule in backgammon?

The Jacoby rule is another optional rule in backgammon, but is more common among games in money (point) play – where points are assigned a value. With the Jacoby Rule the game victor gets no additional credit for gammons or backgammons unless the cube has been doubled at any rate once.

In other words, the Jacoby rule states that gammons and backgammons will not give the extra points if a double has not been accepted by your opponent.

The sole reason for the principle is to accelerate the game, add a little more interest, finish the game as fast as possible and proceed onward to the following games. Take the example image below, there would be no point for Black to try for the gammon (or even the backgammon), so he should just double his opponent (if possible) to end the game as soon as possible and avoid any potential risk. 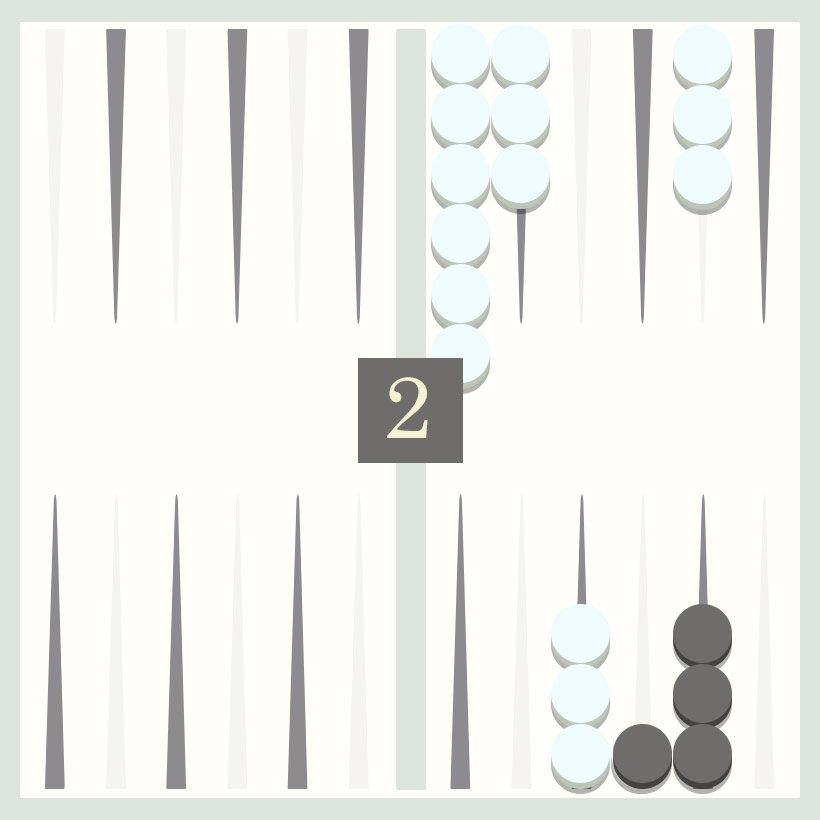 As you can see above, the smart decision for white would be to Reject the cube and accept the loss for 1 point, and move on to the next game.

The Jacoby rule was never really utilized as a part of match play. The principle keeps away from those long games where, having missed the market by a mile, one might play on with minimal chance for either a gammon or a loss, or where, in match play with a centered cube, a position is too great to double.

This rule has some impact on both checker play and cube decisions, for the most part on checker play. It empowers more forceful checker play to accomplish a gammonish doubling position. The thought is that if the technique works, you double and win four points; in the event that it fails, you pass and lose one, since unless the cube is turned you can’t lose a gammon. The rule’s impact on cube decisions is harder to pin down. It appears sensible that there will be positions which are sufficiently bad to double in a match yet might be money doubles, if much of the doubler’s equity comes from gammons won, even if the doubler’s general winning chances aren’t tremendous. In genuine cash play the principle most likely encourages typical players to double, not just earlier, but extremely early, for fear of missing out on four points by not activating gammons. But against rivals who are known not hesitant to take a double in a gammonish position, or to redouble if the game turns around, the early double can still be a money winner.

This rule was introduced by Oswald Jacoby and was named after him. The Jacoby Rule is named after its creator, the famous bridge and backgammon player who won the 1972 World Backgammon Championship. He was one of America’s greatest card players in the 20th century. He was the first person to win the world championship in both bridge and backgammon, a feat which has been matched only once. His wife Mary Zita may be the best woman backgammon player in the world. And son Jim, himself a world bridge champion as well. By all accounts, he was an expert not only in bridge and chess, but in poker, gin rummy, canasta, checkers and backgammon. Ultimately he wrote books on nearly all of them.

Jacoby Rule is not being used in match games, which is the most well-known sort of play in backgammon competitions, as well as in online backgammon websites. In match play, the the players play a progression of progressive matches until either player accomplishes a set number of points. Rather than the Jacoby Rule, backgammon matches utilize the Crawford Rule, as indicated by which, when one of the players is missing one point to win the match, the utilization of the doubling cube is forbidden in the accompanying variation.