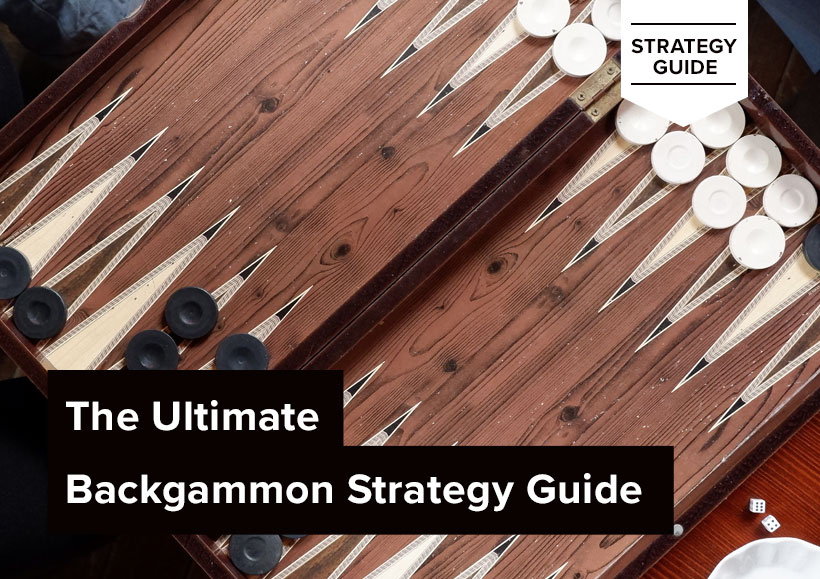 Below we’ve illustrated how to set up a backgammon board. If you haven’t already, we recommend you reading our Backgammon Setup Guide for Beginners.

Though many people say it will take time to become a backgammon pro player, by following this simple yet advanced backgammon strategy guide, you can be one of the best. If you are also into some sort of gambling and want to play backgammon for money, this will definitely help you win your game. There are also several books on backgammon, which we recommend you look into! If you want to learn how to play backgammon, online communities are a great place to practice!

You might be astounded by the number of opening moves you can make if you do the math for all those numbers. Fortunately the players who have mastered backgammon have outlined the best moves for each dice combination. This simply means that you won’t have to learn the correct opening moves in backgammon through laborious trial and error.

When it comes to opening moves, the best moves you can make are the ones that allow you to make a point. When you make a point on the backgammon board, you own that point and make a hump for your opponent’s checkers to jump over. Owning points on any of the two home boards when you make the opening move is a very powerful backgammon strategy.

If you can’t make points, then your next best shot is to split or distribute your backgammon checkers. This may leave at least one checker open to attack, sometimes more, but you can more easily make a point in your next turn.

The easiest backgammon opening moves so far are the two running plays in backgammon. The first one is for a 6-4 opening, which has a recommended opening move of 24/14 but has an alternative move as 24/18 13/9. A 6-5 opening roll gets 24/13. It may require some time to memorize all these, but after some practice you’ll remember each opening move in backgammon.

The running or racing game is the simplest backgammon strategy. The idea is to simply move your checkers around the board and bear-off as fast as you can.  Use this strategy when you are clearly ahead in a game.  Don’t hit your opponent and just concentrate on moving your checkers as safely as possible without leaving any of your own single checkers open.

Try not to leave any checkers from your opponent’s board and steadily move them all around.  With good luck in your dice rolls you will be the most likely player to bear-off first.

If you are winning the game (whether ahead in pips or board position) like white (pictured above), you can run the last 2 checkers home so there is no opportunity for Black to strike a checker.

Try to build as many points in a row in front of your opponent’s checkers as possible. This will have to make it hard for your opponent to get away. When building a block it is best to make your points in the following order of importance: 5, 4, 7. So it is better to make point 5 than to make point 4 or 7.

When you made 6 points in a row or a full prime, it will be impossible for your opponent to get away as long as you can keep the prime.

The blitz is an all-out attack on your opponent’s vulnerable checkers. Rather than simply running for home, or trying to build points along the board, the blitz strategy involves landing on your opponent’s checkers whenever possible to send them to the bar.

The advantage of this is not only setting your opponent back some number of pips, but you may also be able to trap some checkers on the bar if your opponent does not roll the right numbers to come back onto the board.

Keep in mind that attacking close to your home row doesn’t lose, your opponent very many pips, and if your attacking checker remains vulnerable, you are at risk to lose many pips yourself.

Another thing you need to know, priming is most effective when combined with the blitz, which is referred to as the “two-way forward” attack. The blitz puts your opponent’s checkers on the bar, and the prime makes sure that coming off of the bar is very difficult, resulting in many wasted dice rolls for your opponent.

One of our favorite books we suggest reading: Backgammon – 2004 Edition Paperback – Illustrated

Defensively, it gives you a safe place to land in case one of your checkers gets sent to the bar. This prevents an opponent from completely priming you into automated defeat.

The backgammon back game is considered a more advanced backgammon strategy, and one of my all time favorites when successful. This strategy takes the holding game a step further, and relies on maintaining multiple made points in your opponent’s home board to create an opportunity to strike back and maybe turn the tables of the game.

Obviously, since you only start with two checkers on your opponent’s home board, you will only play the back game if your checkers are knocked onto the bar repeatedly. The back game is not an intentional strategy, so much as a way to salvage a game where you are being beaten up.

In addition, to increase the offensive threat of the holding game, the back game also inconveniences your opponent by taking up valuable home board real estate.